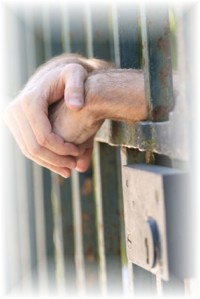 Immigrants and foreigners convicted of crimes of violence are subject to deportation and are not admissible to the United States.  A crime of violence is defined by 18 USC 16 as (a) an offense with use, attempted use or threatened use of physical force against the person or property of another, or (b) any other offense that is a felony, and that, by its nature, involves a substantial risk that physical force against a person or property of another may be used in the course of committing the offense.  Contact our immigration attorneys to evaluate whether your offense carries the risk of “substantial force” required by the statute.

The Board of Immigration Appeals’ definition of the crime of violence includes any offense where either:

Under Supreme Court’s holding in Leocal v. Ashcroft, 543 U.S. 1 (2004), an offense is not a crime of violence if the conviction does not require a mens rea or if a person may be convicted simply on a showing of negligence or less than intentional conduct.  A driving while under influence (DUI) or driving while intoxicated (DWI) causing serious bodily injury under Florida law was not a crime of violence because the use of physical force under 18 U.S.C. Section 16(b) requires higher mens rea than the merely accidental or negligent conduct involved in the DUI.   A crime of violence under 18 U.S.C. section 16(a) must include a determination that a use of force is an element of the crime.  For example, Illinois harassment by telephone is not a crime of violence under Section 16(a) because the offense does not require the use, attempted use, or threatened use of physical force.

A crime constitutes domestic violence if:

For example, a police report can be considered in proving that California Penal Code 243(e)(1) is a crime of violence to establish deportation under the provision for a crime of domestic violence where the report was prepared in connection with the arrest and was stipulated to in writing as the basis for the guilty plea.  On the other hand, a conviction for battery is not a domestic violence under Indiana law even though the respondent beat his wife.

In addition to classification as a crime of domestic violence, an alien convicted of a domestic violence may be removed for conviction of crime of moral turpitude.  Specifically, INA 237(a)(2)(A)(i) states as follows:

Child abuse is construed by Board of Immigration Appeals very broadly to encompass any offense involing an intentional, knowing, reckless, or criminally negligent act or omission that constitutes maltreatment of a child or that impairs a child’s physical or mental well-being, including sexual abuse or exploitation.  Not all crimes against a child fall within this definition.  Therefore, it is imperative to consult with an experienced immigration attorney to determine whether the crime a foreign national has committed is actually a crime against a child.