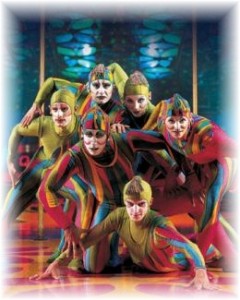 O-1 Category and Definition of Extraordinary Ability
Aliens are eligible for O visas if they possess extraordinary abilities “demonstrated by sustained national or international acclaim”.  Extraordinary represents a high standard as applied to businessmen, scientists, educators and athletes.  A slightly lower standard, that of a demonstrated record of extraordinary achievement is applied to artists and entertainers.  Pursuant to 8 CFR §§214.2(o)(2)(ii) and (iii), the achievements of O-1 beneficiaries must be “recognized in the field through extensive documentation.”

The petitioning employer must show that the alien possesses extraordinary ability or achievement and will work in the United States to apply this expertise.  Extraordinary ability means that an alien has risen to the very pinnacle of his field.  Under 8 CFR §214.2(o)(3)(iii), the petitioner must prove this ability by providing evidence, for example, a “major, internationally recognized award, such as a Nobel Prize” or documentation of at least three of the following:

These standards are similar to those of 8 CFR §204.5(h)(3), applicable to employment-based, first-preference petitions for aliens of “extraordinary ability” and similar to those under Schedule A, Group II and first preference employment based immigration described in much detail on this site in the section devoted to the employment based immigration.  If the above-mentioned requirements do not apply, then the petitioner can submit comparable evidence of eligibility.  There are no set standards of what constitutes comparable evidence, and the success rate of O-visa approvals varies among USCIS’ service centers.

To obtain an O-1 visa, it is important to define the field of endeavor in which the alien excels.  If it is defined narrowly, then it is easier to demonstrate that the alien has extraordinary ability in his field.  On the other hand, one has to be careful not to define the field too narrowly since USCIS may deny the petition. Why exactly?  (An example of this is stating that an alien is a college professor versus a Latin professor).  O visas are not available to businessmen seeking admission based on their executive or managerial skills.  Therefore, for businessmen, it may be more practical to apply for H-1B visas.  The H-1B visa, however, is not available for athletes due to the lack of occupational codes for this group.  An experienced attorney will advise the athlete whether to apply for O-1 status or permanent residence in the employment-based first category.

(Except for Those Affiliated with the Motion Picture or Television Industries)

Pursuant to Section 101(a)(46) of the INA, for purposes of the arts, “extraordinary ability” means “distinction”.  Distinction means “a high level of achievement in the field of arts evidenced by a degree of skill and recognition substantially above that ordinarily encountered to the extent that a person described as prominent is renowned, leading, or well-known in the field of arts” as defined in 8 CFR §214.2(o)(3)(ii).

Under 8 CFR §214.2(o)(3)(ii), the term “arts” includes “any field of creative activity or endeavor such as, but not limited to, fine arts, visual arts, culinary arts, and forming arts.”  This term is defined broadly and encompasses not only performers but other creative occupations such as designers, choreographers, music teaches and even animal trainers.  Professionals such as coaches, trainers, sail designers and race mechanics have qualified O-1 visas.

A petitioner must show that the O-1 artist meets the standard of distinction, namely, that he is recognized as being prominent in his field, either by showing that the beneficiary has been nominated for or has received a significant national or international award or prize, such as an Academy, Emmy or Grammy award, or that the beneficiary has at least three of the following:

Artists and entertainers may provide comparable evidence to comply with the above-referenced requirements.

Artists as well as directors and other essential, creative personnel seeking entry in conjunction with motion picture or television industries are subject to another definition of “extraordinary achievement,” the essence of which is the following:

The O-visa beneficiary may work for several petitioners as long as they file a separate application for each employment.  If the beneficiary changes employers, then the new employer or petitioning agent must file both a petition and an extension of stay.  The subsequent employer must file a new petition with the service center of original jurisdiction to reflect any material changes in the terms and conditions of employment or the beneficiary’s eligibility.