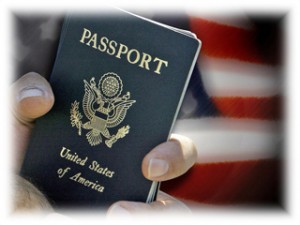 Naturalized citizens are an important part of our great democracy, bringing a wealth of talent, ability, and character to this nation.

These words reflect the great spirit of our nation. Becoming an American citizen is a defining moment in an immigrant’s life because it signifies the end of a long road, and the beginning of a new phase in his life, that of a naturalized, American citizen.

If any of these items below apply to you, then please call us before applying for naturalization. Try to remember whether you had any problems in the past.

If any of the statements below are applicable to you, then it does not necessarily mean that you cannot become an American citizen, but you should consult an immigration attorney before you apply for citizenship to learn whether you have a problem and how you can best explain it to the immigration authorities.

If any of the above statements above apply to you, then please consult with our immigration attorneys before filing your application for citizenship!

Members and certain veterans of the American Armed Forces are eligible to apply for American citizenship under Provisions 328 and 329 of the INA. USCIS streamlined the process for military personnel and those who were recently discharged. Generally, service in the Army, Navy, Air Force, Marine Corps, Coast Guard, certain reserve components of the National Guard and the Selected Reserve of the Ready Reserve qualifies.

To qualify for naturalization through military service, you must:

Qualified members of the American Armed Forces are exempt from other naturalization requirements, including residency and physical presence in the United States. All aspects of the naturalization process are available overseas to members of the American Armed Forces. An individual who obtains American citizenship through, and then separates from, military service under “other than honorable conditions” before completing five years of service may have his citizenship revoked.

Section 328 of the INA applies to all members of the American Armed Forces or those already discharged from service. An individual may qualify for naturalization if he has:

All immigrants who have served honorably on active duty in the American Armed Forces or as members of the Selected Ready Reserve on or after September 11, 2001 are eligible to file for immediate citizenship under the special wartime provisions of Section 329 INA. This section also covers veterans of designated past wars and conflicts.

Section 329 of the INA provides for grants of posthumous citizenship to certain members of the American Armed Forces. Other provisions of law extend benefits to surviving spouses, children and parents. A member of the American Armed Forces who served honorably during a designated period of hostilities and dies as a result of injury or disease incurred in, or aggravated by, that service (including death in combat) may receive posthumous citizenship. The service member’s next of kin must make an application for citizenship within two years of the service member’s death. The surviving family members, however, cannot receive any immigration benefits from the posthumous grant of citizenship.